In South Korea, domestic consumption is set to grow as Korea Alcohol Industrial is considering to debottleneck its 120,000 tonne/year ethyl acetate plant by 10,000 tonnes/year in the first quarter of 2020.

This would raise its acetic acid demand to around 88,000 tonnes from the current 80,000 tonnes.

In the tail end of 2019, the market found support on several fronts.

A spate of unplanned plant outages in China – a theme which became the main price driver in 2019 – served to stem the price correction in the latter half of December.

Earlier in December, spot acetic acid prices across Asia were depressed at three-year lows due to ample supply following the completion of plant turnarounds for the year, coupled with relatively high acetic acid plant utilization rates in China at 85-91% of capacity in the fourth quarter. 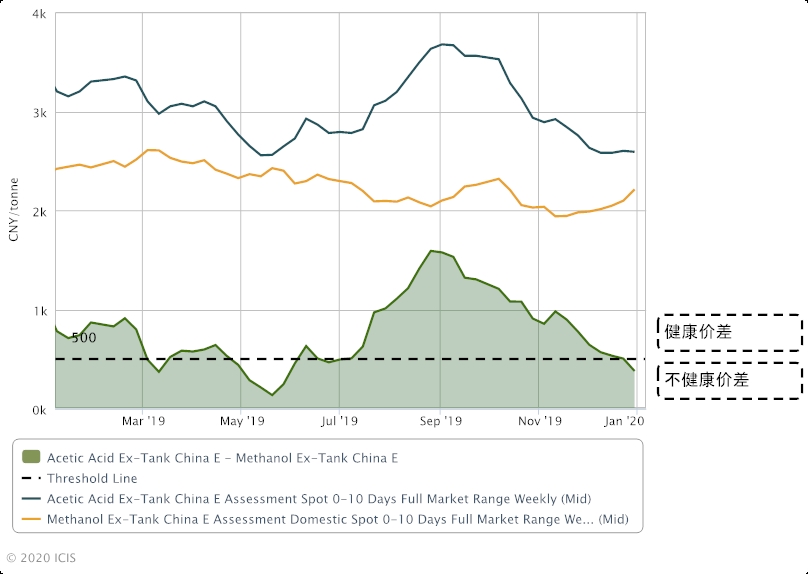 But this could be thwarted by a temporary or longer term change in trade flow due to potential supply disruptions to the key import market of India due to new product licensing requirements.

India’s Central Government – in its Acetic Acid (Quality Control) Order 2019 – directed that acetic acid imports shall conform to and bear the Bureau of Indian Standards’ (BIS) Indian Standard mark of IS 695:1986 under a license from the BIS with effect from 2 February 2020.

As of end December, the majority of producers were still in the process of obtaining the license, a process which could take several months from the point of registration .

One producer said it was in the final stage of the process.

Traders are concerned about booking January shipments from China to India, lest the cargoes are held up on arrival in early February if the licenses are not in place.

Supply from China – which accounts for more than a third of India’s total import volumes – could potentially could be cut off by February in the event that the effective date of the BIS certification could not be extended beyond that month. 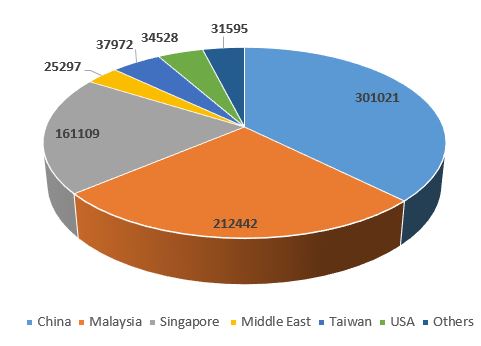 The local industry in India was heard to be working with the authorities for an extension of the effective date of the BIS certification.

Some buyers and traders opted to await a clearer outcome of the BIS certification situation to emerge in the second week of January, before committing to purchases.

A non-Asian producer indicated that they will have to shift volumes to other markets if the BIS license could not be obtained in time and if there was no extension provided.

Buyers in other parts of Asia subsequently anticipate downward pressure stemming from excess supply in the event of a closure of the key import market of India.

In the near term, supply may still remain ample given the lack of acetic acid plant turnarounds scheduled in the first quarter of 2020.